Summer Catchers was a game that I was really excited about when I heard that Noodlecake was bringing it to mobile. Unfortunately, I had way different expectations of the game. Originally, I had thought that it was more of a racing game where I actually controlled my vehicle. Summer Catchers turned out to be way different and I think it’s for the best. Instead or mindlessly racing, Summer Catchers mixes a bit of rhythm and puzzle elements with a great story. As you’re driving through dark forests and underground cities, you’re faced with random obstacles that you’ll need to memorize what to do. Some obstructions might have you slamming on the brakes, some will have you plowing through it, or even jumping over the obstacle. So, you’ll need to memorize the button patterns and their corresponding obstacle. Currency is used with the mushrooms that you pick up along the way. You use mushrooms to pay for your abilities, upgrade your vehicle, and buy new clothes. I will say that the game can get frustrating at times. Everything is random, so you need to heavily stock up on abilities so you don’t run out. This sometimes forces you to grind for those sweet, sweet shrooms sometimes. That’s all part of the fun though. Summer Catchers may not have been the racing I was looking for, but it turned out to be the road trip that I needed. 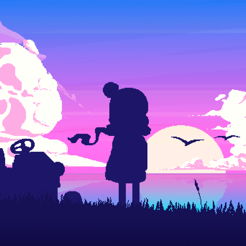