Hexage is a Czech game developer registered in the United Kingdom. They were founded back in 2009 and since then have focused mainly on mobile games. Their first title was a SHMUP (shoot em’ up) called Buka, followed by Totemo and Radiant all in their first year! Over the past decade, Hexage has grown to a 5+ person team with over 10 games released on iOS, Android, Windows Phone, Blackberry, Ouya, and even PC. I’ve been a huge fan of this developer and absolutely love games like Reaper and Ritual.

So, congrats to Hexage on all their success over the years! We see you here at SNAPP and we thank you for the hours of memories and entertainment.

(Of course, this is SNAPP, so we’re only covering Hexage’s iOS games that are currently up to date on the App Store. RIP to the games that didn’t make it.) 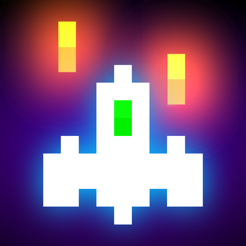 🚨SUPPORT THE HELL OUT OF INDEPENDENT MEDIA!🚨