Hypastorm is a unique dual-stick shooter that recently released on the App Store by indie developer Johan Steen. It’s a futuristic arena-style game where you take on waves of “drones” as you try and take out the “spawners” in each level. What makes Hypastorm kind of unique is that you have to jump to move around. It’s a control scheme that I wasn’t expecting and honestly didn’t like at first. Once you get used to things, the game feels almost like a platformer at times and you have to use the environment to your advantage. Hypastorm is a lot of fun, but feels a bit shallow. There’s plenty of fun to be had for your dollar, but I would have liked to see a little more to it. There’s some minor upgrades to your gun, but there’s no special power-ups or other weapons to change things up a little. Hypastorm is a good game that’s just shy of being great. It’s still a fun little game and worth the buck if you’re into shooters. 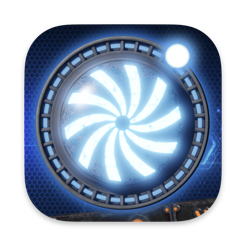 Hypastorm is also in this week’s iOS Roundup!

🚀(SNAPP Attack really needs your help! If you can afford it, please support the site by joining our Patreon or donating to our PayPal. The future of SNAPP depends on it.)🚀