It’s a short week, but that’s not phasing the quality of games coming in! Super Slime Rush is a three dimensional platformer by Itey Games under the Crescent Moon umbrella that was just released. You play as a little ball as you try to reach the end of the level as fast as possible. You have 60 seconds to reach the end of each level as slime is constantly rising underneath you. You are judged by your total time, how many deaths you had, and how many coins you picked up. The controls are simple and effective. You have a virtual stick to move your character and you tap the right side of the screen to jump/double jump. I was actually pleasantly surprised with this game. It reminds me a lot of some of the levels in Super Mario 3D World. I will say that it took me a few levels to get the depth perception right. I found myself jumping too early or too late sometimes. It’s all about keeping an eye on the shadows. Either way, I’m really digging Super Slime Rush so far. The cell shaded visuals are beautiful and the levels are well done. There’s also a ton of different characters and slime colors that you can purchase with the coins that you collect. Plus, there’s unlockable levels and secrets that I haven’t reached yet. If you’re a fan of platformers or even speed running games, Super Slime Rush is definitely worth picking up. 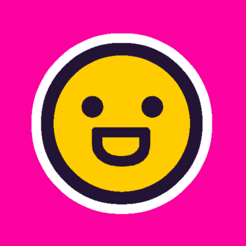 Super Slime Rush is also in this week’s SNAPP Roundup!

🚨🚨(If you appreciate my work, please support the site by joining the SNAPP Patreon or donating to PayPal.)🚨🚨