I kept forgetting to review this game when Ambrella launched it globally on the App Store back in March of 2018, but of course, life and other games get in the way. uVu: yoU versus Universe is a crazy mashup of a SHMUP (shoot em’ up) and a “clicker” game. It’s honestly hard to describe this game because there is so much going on. You’re technically trying to save the universe from an alien threat, but it’s hard to follow the story with some of the translation. Regardless, uVu is unlike any SHMUP I’ve played. It starts off like most shooters, but as you upgrade, your ship gets bigger as you outgrow the earth and start fighting the universe. It’s a crazy concept I know. There’s tons of upgrades and weapons to unlock and e en a weird little clicker mode to gain currency. Unfortunately, uVu can be a bit overwhelming in the beginning. There’s so much going on during each level and even in between. Every time I turn around, I’m finding something that I’ve never seen before. Since the V2.0 update, yoU versus Universe had a few more F2P mechanics added to it, but things still feel pretty fair. If you’re a fan of SHMUP games, uVu is too weird of a game to be missed. 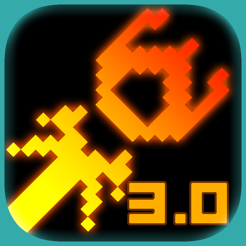 ‎uVu - yoU versus Universe
Price: Free+