(SNAPP Reviews aren’t really a full-fledged game review as much as they are just a way for us to give you a quick “heads-up” on whether a game is good or not. It usually means that we haven’t finished the game yet, but have played a good enough chunk to know if it’s worth your time/money.)

Spaceball Guardian is a sci-fi Arkanoid-style game by developer, BeWise Game Studio. The year is 3020 and you control the “Arkanoid Defense Platform”. Your job is to protect the mothership from all incoming threats. The game plays like any Arkanoid/Brick Breaker style game. You have an energy ball that you have to bounce at enemy ships and keep it from hitting the mothership. That’s really where the similarities end. You also have weapons on each side of the screen that you can use to help shoot enemies down. Your guns use energy, so you have to keep your “ball” bouncing in order to gain power. You move your shield by tilting your device. I honestly wasn’t happy about the game having tilt controls, but there is so much going on within the game, that there wouldn’t be enough room for touch controls. Spaceball Guardian almost has too much going on for its own good. During each level, you are constantly watching your ball while tilting to bounce it, then you are shooting at enemies and watching your energy level so you don’t run out. On top of that, you are manually changing the angle and speed of your bounce. Things are definitely a bit overwhelming at first! Once you get the hang of things, Spaceball Guardian is actually a really good game! There are tons of upgrades to purchase, new weapons to unlock, and with each level being randomly generated, things rarely get repetitive. If you can get past the tilt controls and don’t mind a challenge, Spaceball Guardian is well worth picking up! 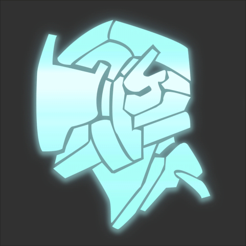 Spaceball Guardian is also in this week’s SNAPP Roundup!