I rarely review casual games because there usually isn’t much to them, so there isn’t much to write about. Plus, the App Store is flooded with these games and anyone can pretty much close their eyes and click “get” on the fist game that appears and basically get the same experience. But, this title deserves a little extra attention. Flop Fish is a simple physics-based game by developer, Phuc Tran. The object of the game is to simply get the fish into its fishbowl. This is done by just pulling back and aiming towards where you want to go. It’s a simple concept that’s executed fairly well. The early levels will have you flopping around in a house, but later on end up in castles and even space. The game is of course, F2P, but there’s no IAPs or other shenanigans (only banner ads). So, if you’re looking for a fun little time waster, Flop Fish is definitely worth checking out. 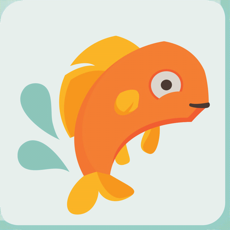 Flop Fish is also in this week’s SNAPP Roundup!