Chopper Commando is an 80’s inspired arcade chopper game by the team that brought us Super 80’s World. The year is 1987 and you have been chosen to test out some of the most advanced pieces of machinery this glorious decade has ever produced. Piloting the choppers takes a bit to get used to, but after a couple runs, I was ready for anything. You are faced with over 100 missions that range from destroying bridges, to shooting crocodiles. Some missions are easy and some take a few tries. As you progress, you’ll unlock new weapons, choppers, and worlds. Unfortunately, the game relies heavily on its F2P mechanics. The missions are locked behind timers, there are loads of IAPs, and there’s a weird system going on with bullets. They are used as currency, but also spent when shooting at enemies. You can pick up bullets while on missions, but only some of them actually go towards your total bullet count. The whole thing is confusing. Regardless, Chopper Commando is a lot of fun to play and I absolutely love the whole 80’s vibe it has going on. It’s just too bad the F2P stuff kind of left a bad taste with me. 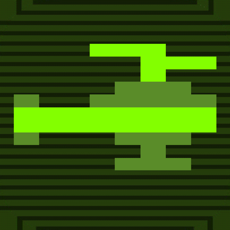