Hyper Crimson is a retro-style arcade space shooter by indie developer, Ryan Forrester of Whistling Wizard. This is one of those games where I wish there was more to it. At its core, Hyper Crimson is just a high-score chaser. The object is to stay alive and shoot down as many enemies as possible in a single run. Controls are simple with just tapping on the left or right side of the screen to move while the ship auto-aims and fires. It takes a few runs to get used to, but the controls are actually pretty fun once you figure them out. I absolutely love everything about this game. The visuals are really unique and the controls work well. It would have been really cool seeing this game with a full campaign. Hell, I would have been happy with having a handful of upgrades and new weapons to grind for. Hyper Crimson is a hell of a lot of fun. Unfortunately, there just isn’t enough to keep me playing after a handful of runs. 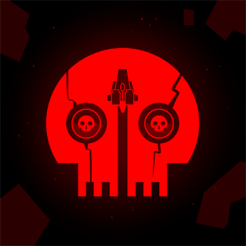