Nameless Mansion is a puzzle RPG by indie developer, Yunseok Choi. You wake up in an old mansion not knowing your name or how you’ve ended up there. The only way out is by fighting the mansion itself. Fights are 1 versus 1 in real-time as you combine blocks together. The bigger the block, the bigger the hit. Each win gives you a little bit more information about yourself and the mansion. As you progress, you’ll be able to grow and upgrade your character. There’s also a little bit of farming involved too. Nameless Mansion is a really unique game. The story is creepy and the visuals are even creepier. Just a heads-up, the game starts out in Chinese/Japanese (I’m not sure which one), so I had to kind of poke around in the setting until I saw English pop up. No big deal though. There’s so much more that I haven’t even mentioned, but If you’re a fan of puzzle games or just looking for something different, Nameless Mansion is a true hidden gem that deserves every bit of attention it can get. 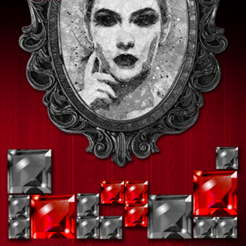