Garden Warrior is a unique auto-runner by the 4 person indie team at Little Pebbles Studio. You play as a bug named Pepper as she tries to take back her home from an almost endless onslaught of enemies that have overrun her sanctuary. The controls are what makes this game a bit different from others in the genre. Everything is done with taps and swipes. There’s no virtual buttons. It can take a little while to get used to things, but once you do, everything feels pretty fluid while playing. There’s two different modes in Garden Warrior. A level-based mode where you’re given a task like “kill 15 enemies in the air” in order to pass, and an endless mode. You can also collect skill points and level up Pepper. Garden Warrior is a solid auto-runner with a bit of depth to it. The visuals are nice and the controls work well once you get used to them. It can be a bit of a challenge for some, but it’s still worth checking out. 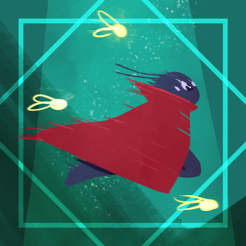