Star Zone is a casual sci-fi shooter that was released way back in 2018 by indie developer, Luis Moral Guerrero. Since launch, the game has received numerous updates fixing bugs, tweaking things, and adding content. There’s no story or anything. After a quick tutorial, you’re thrown right into the first level. You’re basically controlling a huge spaceship. Enemies and asteroids will come from all sides and you have to defend yourself. This is as easy as tapping where you want to shoot. Each level is different from the last. Some will have you destroying a target, gathering resources, or just surviving. Things start off pretty slow, but once you start earning money, you can use it to upgrade your ship or buy new weapons. Currency is earned in-game with no IAPs or timers. And I only saw an ad pop up once or twice while playing. Star Zone may be a little rough around the edges, but it’s still a solid game with a lot of love poured into it. If you’re into sci-fi games or shooters, Star Zone is a fun little game that definitely deserves the extra attention. 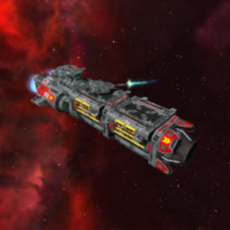