The Flute is a side scrolling action-platformer by the development team at Opusludus. The game follows the story of Prince Tamino in his quest to rescue the Queen’s daughter, Princess Pamina. This is going to be one of those games that aren’t for everyone. It kind of reminds me of the old Disney film, Fantasia where the soundtrack plays the main role of the film. The same goes here. The sympathy orchestrated soundtrack seems to play the biggest role, then the visuals, and finally gameplay. The game itself is fun. It’s a pretty standard action platformer with decent controls. It’s the whole experience that I appreciated. The great soundtrack, the beautiful hand-drawn visuals, and the intriguing story all blends together fairly well. It’s a short game with only 6 chapters, but well worth it. Like I said, this game may not be for everyone, but if you’re a fan of playing artsy-fartsy games, The Flute is definitely worth checking out. 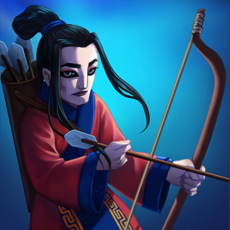