Gado Fight is a fighting game that recently released on the App Store by Xiamen Technology. It’s a pure fighting game where winning and losing depends on your skill. The game is set in an ancient Chinese “Journey to the West” setting with some of the most beautiful visuals I’ve seen. The difficulty is actually pretty tough at times. I’ve spent a lot of time getting my butt kicked, but luckily the fights aren’t impossible. There’s a Story Mode, Blitz, and an Arena that can be unlocked as you progress. There’s also several fighters that you can unlock along with different outfits and accessories. Unfortunately, Gado Fight is far from perfect. The F2P mechanics are set up so almost everything is locked behind the premium currency and there’s a couple bugs that force you to close the game out and restart it. It’s a shame because it’s a solid fighting game with decent controls. Regardless, it’s a fun little game that’s definitely worth checking out if you’re a fan of fighters. Who knows? Maybe we’ll see an update fixing its issues soon? 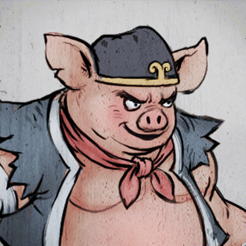