Battle Crown is an arcade fighting game that recently released on the App Store by indie developer Edgar Janicev. It’s a match between some of the greatest fighters in history. Vikings, ninjas, pirates, they’re all there! It’s a small game with only a single tournament and a handful of fighters, but it’s a lot of fun. What originally caught my eye was that the fighters are just disembodied heads with weapons. You just don’t see that a lot. The controls work pretty well with simple swipes and taps to attack, jump, and block. Each character has their own unique stats and weapons, so it keeps things somewhat fresh with such a small game. You earn coins while playing that you can use to unlock new fighters and change up the look of the HUD. Battle Crown is actually a really cool little fighter. There just isn’t a lot too it. If you added a couple different tournaments and maybe a few more fighters, this could be a real gem. Regardless, it’s still a fun and unique little game worth killing some time on. 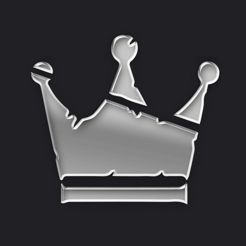