Soul Chase is a retro/NES inspired action side scroller that recently released on the App Store by indie developer, Harambert. It actually looks like the game was out on Android as far back as 2018, so it’s technically only new here on iOS. Regardless, you play as a knight thats trying to save the village from ghosts and ghouls. In order to help him out, he receives a curse from a witch where he loses his soul every time he falls asleep. That’s where things get kind of unique. Each level has you fighting baddies and chasing after your soul. The level ends once you finally catch up with it. It’s a cool concept that is better experiencing rather than yours truly trying to explain. Soul Chase is an absolute gem of a game with a fun story and charming cast of characters. The pixel art is well done and with 48 levels, plus a bunch of upgrades/abilities, there’s quite a bit to keep you busy. I’ve been having a lot of fun with Soul Chase so far. Don’t miss out on this 8 bit beauty! 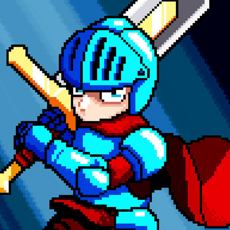 Soul Chase is also in this week’s iOS Roundup!

🚨🚨🚨(SNAPP Attack really needs your help! If you can afford it, please support the site by joining our Patreon or donating to our PayPal. The future of SNAPP depends on it.)🚨🚨🚨