Homing is a side scrolling platformer that was released on the App Store late last year by the team at Signature Games. This is one of those games that I ran across and downloaded on a whim. There’s only two screenshots and a single sentence in the description that’s written in Chinese (I think). Turns out, the game is great! There’s no story, but I honestly didn’t miss it at all. Homing kind of feels like a love letter to the old MegaMan series. There’s tons of platforms to jump on and plenty of baddies to kill. I will say that the game is just about as tough as the old series! Luckily, you can do some grinding and collect coins and extra parts to unlock and upgrade new weapons. Homing definitely surprised me with how good it is. The black and white pixel art is beautifully chunky and the on-screen controls work fairly well. And even though the App Store description is in Chinese, the game itself is completely translated to English. So, if you’re a fan of side scrolling action games, Homing is definitely one that shouldn’t be overlooked! 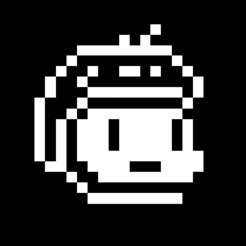