Despotism 3k is a roguelike simulator game by Konfa Games that was ported over from Steam in May. The story goes that humanity has been taken over and enslaved by AI. You play as the AI (a computer) that’s exploiting humans to create power and build your own empire. Technically, Despotism 3k is a resource management sim with some really dark humor. You’ll need to power yourself for 25 days using only humans. This means that you’ll need to feed them so they don’t starve, have them reproduce, and if all else fails, just toss them in the bioreactor and process them into meat. Despotism 3k definitely has its frustrating points. Sometimes you could have a good rhythm going and all the sudden a random “emergency” happens and you lose everything and need to start over. You’ll definitely need skill and luck to make it to day 25! There’s plenty of extras to unlock with 2 campaigns, an endless mode, and 10 different scenarios. Despotism 3k is a hell of a lot of fun. Just expect to be pissed off a lot in between those fun times. 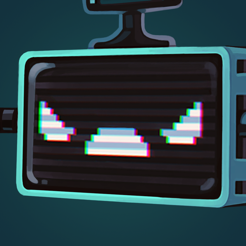