I guess it’s a SHMUP week here at SNAPP Headquarters….

Heavy Sky is a retro-style vertical SHMUP (shoot em’ up) by indie developer, Aleksei Chepinoga. It’s a game that’s heavily inspired by old school shooters. Unfortunately, that means there isn’t a lot of extras that we’re used to in today’s games. Heavy Sky isn’t bad by any means. The chunky pixel art is well done and soundtrack feels like it came straight from my Atari 2600. The developer did an excellent job with making the game feel like old shooters of the past. It’s just a bit plain. There’s a couple hints of modern gaming, like the ability to upgrade your power-ups in between runs and even a coin hunt level mode. There’s just not much else to it. It’s a tough call because it’s really not a “bad” game! Everything just felt the same to me. If you’re looking for a new high-score chaser, Heavy Sky is a decent enough (premium) game. But, if you’re looking for anything more than that, you may want to look elsewhere. 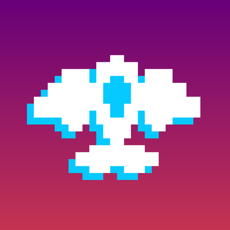 Heavy Sky is also in this week’s SNAPP Roundup!