Loot n’ Scoot is a pixel art roguelike that recently released on the App Store by indie developer, Maxeymus Games. You take on the role of a thief (I think) as you go on the biggest looting spree of a lifetime. The object is pretty simple. Dredge through the randomly generated dungeons and collect as much loot as possible. The catch is that you can’t attack. Of course, the dungeons are littered with enemies. So it’s a fast and frantic dash to get as much as you can and find the exit. If you die before leaving, you lose everything. You can use your hard earned gold to upgrade your equipment and purchase consumables to help you along the way. Loot n’ Scoot of course, isn’t perfect. The visuals and UI is a little rough around the edges. The game is also one big grindfest, which might turn some people away. There’s no story, no ending. Only looting, upgrading, and scooting. Regardless, Loot n’ Scoot has some charm to it and can be a fun little game worth killing some time on. 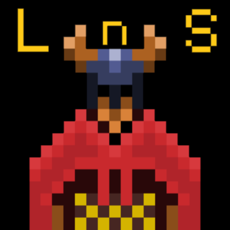 Loot n’ Scoot is also in this week’s iOS Roundup!